Tonight!! Big Hop Opens Up for Outasight in Greenville, NC! 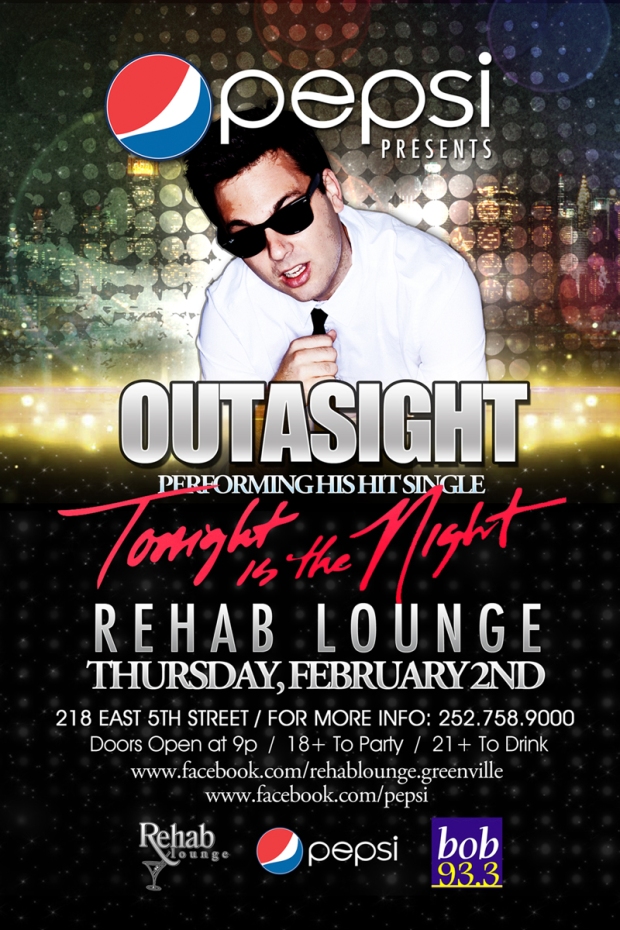 Tonight is going to be craaaazy in the #252. Greenville, NC welcomes up and coming sensation, Outasight, fresh off his NHL All-Star Game appearance, and right before he sets off on tour with T-Pain & Gym Class Heroes. Opening up the show is KO Kid and AMSOC’s very own, Big Hop, who will be accompanied by H2OKZ! If you are in the area, make sure you check this show out. Tell a friend to tell a friend. & get there early so you can see Hop & H2OKZ tear the stage down around 11pm! Shouts to Rob Oliver, Rehab, Pepsi & others for making this happen. Here are some more specifics about the show:

Pepsi & Rehab have teamed up to bring ECU & Downtown Greenville the BIGGEST live performance of the semsester!!

OUTASIGHT WILL BE PERFORMING HIS HIT SINGLE “Tonight Is The Night”!!!

Fresh Off His Hit Performances on X-Factor & Late Night with Jimmy Fallon,
Outasight Is Headed To ECU To Rock Rehab Lounge…

+ A Special Guest Performance By Two of ECU’s Favorite Party Rockers: KO KID & Big Hop!! Your Definately Wanna Get There Early To Check These Guys Out!!